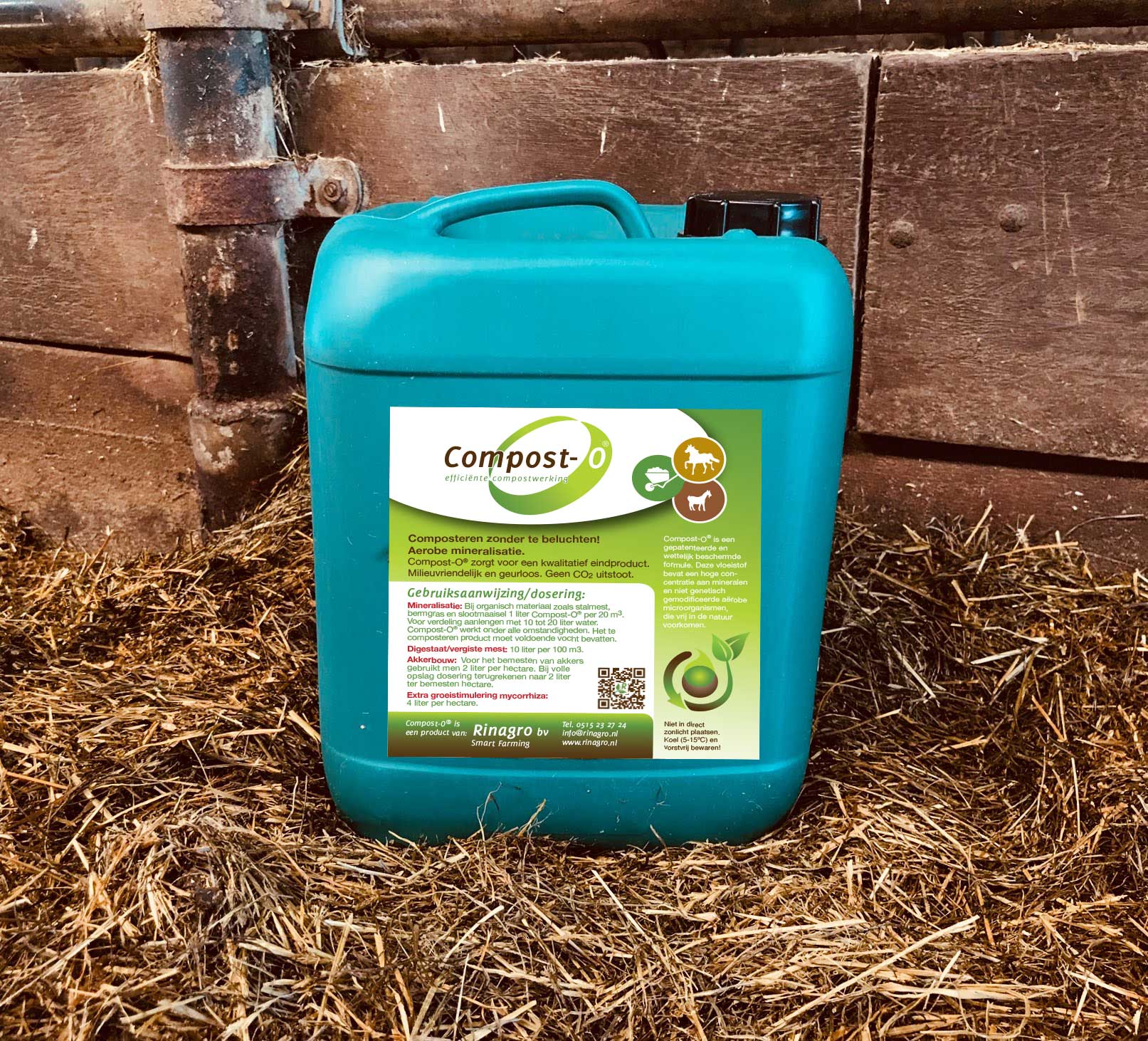 A dairy farmer who used Compost-O for a number of years to mineralize his manure, at some point had to deal with a salmonella infection at his company. He studied the circumstances of the salmonella contamination and discovered that this is a bacterium that lives in anoxic conditions (anaerobic). He remembered the effect of the patented products of Rinagro and looked into the principals of products like Compost-O. By studying the documentation of Rinagro, he knew that the technique of transferring the anaerobic conditions to aerobic conditions within a week could help him. The farmer added the Compost-O to the feed. Trying this he came to the conclusion that 500ml mixed with 10L of water was suitable for 50 LU. He then applied this for 20 days.
The Health Service analyzed a milk sample 14 days later (regular check). This showed that the contamination was no longer measurable. The company was at level 3. After audits in April, June and December, the company returned to level 1. Last February, the company was officially declared ‘salmonella free’! Remarkably, because the carriers still remained.

This is a very interesting development in livestock farming,
given the increase in Salmonella infections.