With Compost-O you have a better use of digestate

Digestate is fermented manure and is the residual product of biogas production. The used manure often comes from cattle, pigs or chickens. Due to the fermentation, the organic material in the manure is partly broken down into (bio)gas. More easily absorbable nitrogen is released for the plants. Because the organic matter partly breaks down in the digester, the nitrogen that is created in the digestate quickly volatilizes.

Composto-O makes sure that this nitrogen remains bound and can be applied on the land as ammoniacal nitrogen. These important biochemical processes stimulate the growth of micro-organisms including bacteria and the other organically bound nitrogen is converted into ammonium nitrogen. As a result, the bound ammonium nitrogen is released earlier to the crop and more evenly than organic bound nitrogen and works therefor more effectively. 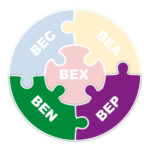 The bounded nitrogen produced in treated manure provides a stronger rooting and stimulates the growth of the plant. Because Compost-O positively influence proteins (RE, OEB, DVE) and the root form, the phosphate release can drop significantly. 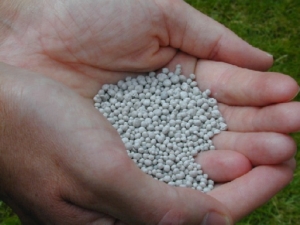 Compost-O helps to come close to the original soil state again. Treated digestate restores the soil life in the grassy pastures of pasture farms and in the land of arable farmers.

Thanks to a better working of the nitrogen, a significant reduction in fertilizer application is possible. The nitrogen supply capacity in the Soil is increasing over the years.

The advantages of Compost-O in the Digestate:

The Ammonium nitrogen is gradually released in the growing season …

Get more out of the digestate!