Getting everything to “come loose” in slurry pits using Agri

Getting everything to “come loose” in slurry pits using Agri 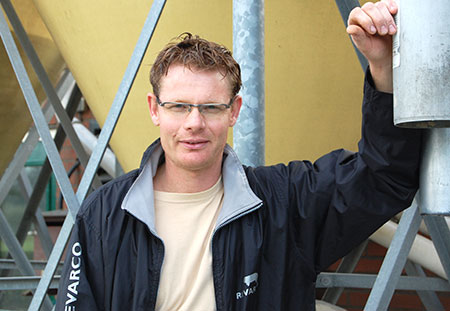 The company has green-label stalls with angles pit walls. The problems occurred in particular at the overflow to the central pit. The result was always that the blockage meant that the pits at the back were full and the front ones empty.The treated pig slurry is removed entirely. Mr Hendriks therefore has no experience of the nitrogen binding capabilities of AgriMestMix. In practice, this results in savings on the nitrogen supplement needed from fertilisers for the crops or grassland concerned.

Producing homogenous slurry is also important for Mr Hendriks because of the new 2006 manure regulations. He describes this as follows: “I want to be able to empty the pits completely so that there won’t be any gaps in my mineral balance because of too much nitrogen and phosphate being in brought and not enough taken away.” Mr Hendriks is very enthusiastic about the way AgriMestMix works and one of his customers has already started too. The Hendriks business is a breeding company with 1200 Topigs (pigs for meat) and 800 breeding goats. In addition, they have 35 dairy cows. The company, which is run with his parents and brother, also consists of several pig farms at various locations: a Topigs breeding company in Witharen, breeding farms with their own operational management and rented/managed stalls for pork production.